Qualities of a Good Leader 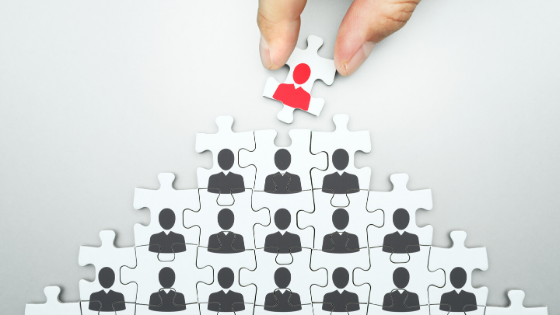 Have you done a personality quiz before? It’s all the rage now. Whether it’s the MBTI test, DISC or Enneagram, we’re all curious to know who we really are. These tests tell us that some of us are leaders, while others are followers. They say that some people are born to take charge, and the rest are meant to be submissive.

More often than not, we allow these tests, as well as what people say about us, define us. Some of the most well-meaning people might say things like, you’re so good at the work behind the scenes, or that we’re good at little details, that we think that leadership just isn’t our thing.

All that being said, what we’re about to say might shock you. Are you ready?
You are already a leader.

Wait, you might be thinking. I’m only an executive in my company! Think again. Do you have younger siblings? You’ve been a leader in their life because they have been learning so much just by watching you. Are you a parent? You lead your children every day. Have you ever asked your colleagues to do something for you? Or been a part of an event?

Either way, as long as you have had any position in life (besides the laying down position you have when you’re about to sleep), you have been a leader, and you always will be a leader. Now that we’ve established that, everyone needs a little work when it comes to their leadership skills. Being ‘born with it’ is only 10% of the work- the rest is nurture, not nature.

From one leader-in-training to another, here are some tips on how you can be a better leader both in work, and in life.

In most corporate settings, we see people talking trash about that one coworker who’s a little shy, and then showing a great deal of ‘respect’ for their boss who no one actually likes. A real leader is one who rises above it all and deals with it head on. Why not talk to that coworker and sort things out? Why not bring a few colleagues in and have a sit down with your boss?

Leaders genuinely want what’s best for the team, and don’t settle for following the status quo. It might be a little scary, but there is strength in numbers when you face challenges head on with your fellow leaders.

More often than not, your office would have a hierarchy, with your superiors, seniors and bosses above you, and everyone else either on par or below you. However, the ‘levels’ of superiority in your workplace should not define the level of respect you choose to give out!

We get it- respect is earned, not given. But not everyone has the liberty to develop a relationship with you in the short hours that you all have together, so why not play on the safe side and just show respect, regardless? It doesn’t cost anything to be kind. A good leader sees everyone as human, and everyone as equal. Try it!

We’ve all heard the song to sit down, be humble- but do we actually do it? As we learn to become better leaders, it’s natural to find skills that you are good at and want to practice them, and you should! However, leadership means to lead with the skills you have, but not to show it off! Instead of doing everything you’re good at, why not pass the skill down?

Sure, this may take more time. But a leader spends their time building people up while being built up too! Whether you’re an intern who’s good at fixing the Wi-Fi that always goes down, or just got a promotion to a higher position, stay humble. There is always room to learn, grow, and do better.

Fast track to the best way to hire and work, gig style.